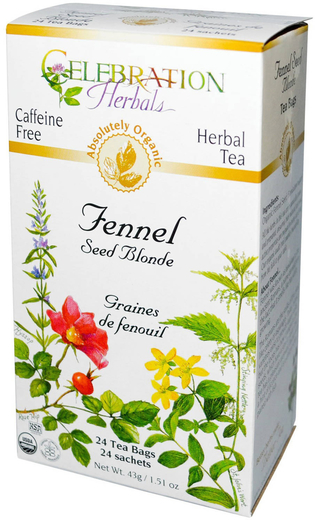 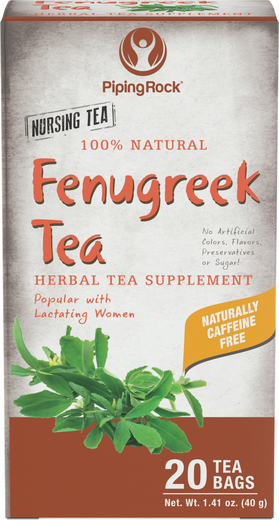 Fennel seed comes from the flowering plant known for its spicy aroma and licorice-like taste. Its seeds are an important foundation herb in many folk wellness systems around the globe. Piping Rock's Fennel seed selection includes:

What is Fennel Seed?

A plant in the carrot (Apiaceae) family, fennel (Foeniculum vulgare) is closely related to anise, caraway and dill. The herb has been used since ancient times, with Greek mythology relating how Prometheus stole fire from the gods with a flaming fennel stalk. A blooming perennial, the plant, which has a distinctive licorice/anise-like flavor, is entirely edible, from its bulb to its foliage. A versatile vegetable, it can be consumed raw, steamed, added to stir fry dishes and brewed into a tea. In Indian cuisine, its seeds are often chewed after meals to cleanse the palate, freshen the breath and optimize digestion.

Fennel seed has long been prized for a number of folk health applications, especially in Traditional Chinese, Indian Ayurvedic and European herbalism. In these folk uses, it was associated with eyesight and endurance and was sometimes used to promote lactation in women who were breastfeeding. The seed was also widely used in ancient times to assist with indigestion, cramps and other gastric complaints.

Modern uses largely focus on the herb’s digestion-supportive properties, with studies indicating that its antioxidant properties may help to optimize gastrointestinal function.** Due to its content of the active compound anethole, it acts as a carminative and laxative, helping with gas problems and bowel movement issues.** It has also been used as a natural means of addressing acid indigestion.** These beneficial attributes for gastrointestinal wellness extend to the herb’s use as a popular stomach-soothing hot tea.**

Research has found that fennel seed oil may ease discomfort and distress in infants with colic. ** It has been shown to influence upper respiratory health, and may promote clear breathing.** It also assists in promoting vascular wellness, particularly because of its nitrites, which act as vasodilators to increase blood flow.** The herb has additionally been investigated for its connections to liver health; it has been suggested to help to support liver cell regeneration.**

The seed's fragrant essential oil is yet another incarnation of the plant. When the essential oil of this herb is used externally on the skin, it offers a cleansing effect.** It also functions as a skin-conditioning astringent. The oil, when inhaled, is additionally tied to relaxation and resilience, among other emotional wellness benefits.**

Fennel seed products are sourced from the herbaceous flowering plant. Supplements are generally offered in capsule and tea form, as well as whole seeds. Capsules are ideal for those that don't care for the licorice-like taste of fennel. The herb is sometimes included in herbal laxative formulas, along with other cleansing and digestion-supportive plants such as senna. Fennel essential oil is available on its own or in skin-care products such as creams and soaps.

Fennel Seed Product Directions for Use

Always consult with your doctor before beginning any supplement regimen. Fennel seed is often taken at a level of 480 mg. For adults, it is recommended to take one (1) to four (4) quick release capsules two to three times daily. It is recommended that you take fennel seed supplements with food.**