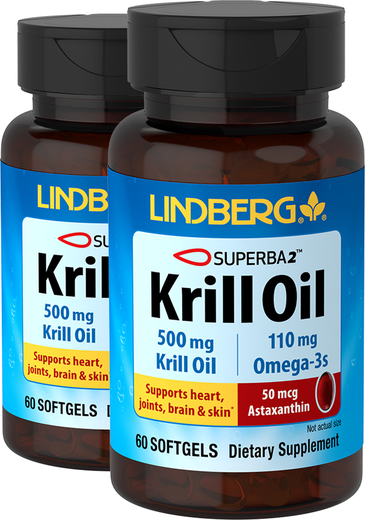 What is Krill Oil?

Krill are small ocean-dwelling crustaceans that live in dense swarms and serve as a major food source for larger aquatic animals, including fish, penguins, seals and whales. In Russia and Japan, where it is known as okiami, the shellfish is sometimes consumed as a snack or in culinary dishes. Its oil is derived from its shrimp-like tail. Research has shown that krill supplies an array of nutritional compounds, including the essential fatty acids (EFAs) that are known for their wide array of health-enhancing benefits.**

Like its more common counterpart, fish oil, krill oil is rich in the omega-3s eicosapentaenoic acid (EPA) and docosahexaenoic acid (DHA), as well as other EFAs, including omega-6 fatty acids. Unlike fish oil, however, krill also features phospholipids, most notably phosphatidylcholine. These phospholipids are most famous for keeping cell membranes fluid, flexible and healthy. Another compound that distinguishes krill oil from fish oil is astaxanthin, a carotenoid pigment that gives the shellfish its pinkish-reddish hue and supplies powerful health-promoting antioxidant activity.**

This signature mix of nutrients has led researchers to associate a wide variety of health benefits with krill oil. Studies have shown that krill promotes circulatory and joint wellness, with an emphasis on balancing inflammatory response and blood lipid levels. The oil has also been associated with healthy mood, clear cognition and robust immune system function. Emerging research has suggested it may support women's wellness during menopause.**

Some research has positioned krill oil as an effective alternative to fish oil, differentiated by its antioxidant activity, phospholipid content, and high bioavailability of its essential fatty acids.**

Krill oil supplements are sourced from the tails of the aquatic crustaceans. Supplements are offered in softgel or capsule form.**

Krill Oil Directions for Use

Consult with your health care professional before starting any regular nutritional supplementation. There is no standard suggested krill dosage; supplements are often available in the range of 500 mg to 1,000 mg.**