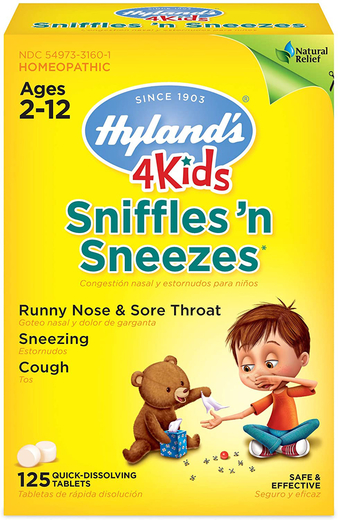 Homeopathics are natural health components that are part of a therapeutic system. Nutrients used in homeopathy are primarily extracted from minerals and plants.

Homeopathics are part of a wellness practice known as homeopathy. This system involves addressing health issues by using natural substances that have been highly diluted with the intention of stimulating the body’s natural healing processes. Homeopathy is centered on the concept of treating "like with like," also known as the "law of similars."

The approach posits that a substance that can have negative effects when taken in large amounts can be used in very small doses to contend with those same adverse results. Since compounds utilized in the homeopathic system are offered at such high dilutions, the body tends to accept them with no negative side effects.**

The general concept behind this form of natural therapy dates back to the most renowned ancient Greek physician, Hippocrates. However, in its established incarnation, homeopathy was pioneered during the early 19th century, with German practitioner Samuel Hahnemann devising both the term and the specific approach. One of his primary concerns was developing a wellness system that did not damage the body as it worked to relieve and heal specific issues.**

The 2007 National Health Interview Survey found that approximately four million American adults and one million children had taken some kind of homeopathy product in the prior year. Between the years 2008 and 2013, the homeopathic industry grew roughly 7% annually, suggesting increasing interest in this natural approach to wellness. Some of the most widely used homeopathics include:**

Homeopathics typically originate from botanical or mineral sources. These compounds many be available as tablets or in topical form as creams, gels and ointments. While some homeopathic nutrients are offered on their own, these ingredients are often part of formulas targeting specific health issues.**

Homeopathics Directions for Use

It is advisable to consult with your physician before taking any homeopathic products. There is no established recommended dosage for these supplements. Active ingredient content may vary widely, but these products typically contain highly diluted compounds. Homeopaths have developed a potency scale—X notes a 1:10 dilution, while C means a 1:100 ratio.**