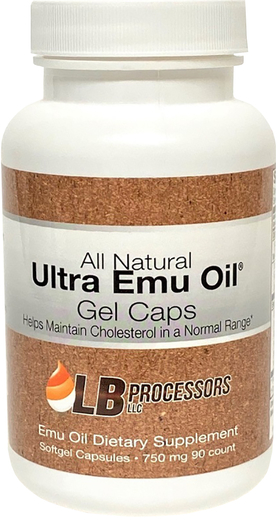 Emu Oil is a staple of Aboriginal wellness practices. A luxurious remedy for dry, itchy skin, Emu Oil may help with wrinkles, acne and healing. It is also known to:**

What is Emu Oil?

The emu, a large, ostrich-like bird, has major significance in Australian history, even appearing on the country’s currency. But what is emu oil? Derived from the fat of the emu bird, emu oil is a topical remedy that has been valued for centuries by Aborigines. These indigenous Australian tribes traditionally used emu oil to soothe the skin and protect it against sun damage. Today, the oil is valued in modern natural health practices for those same skin-supportive properties and more.**

Scientific investigations have shown that emu oil is abundant in omega-3 and omega-6 fatty acids (EFAs), particularly linolenic acid and linoleic acid. The oil also contains oleic acid, a form of omega-9 fatty acid, along with naturally occurring vitamin E. Researchers have linked this combination of fatty acids and nutrients to a range of wellness benefits, which largely stem from the oil’s inflammation-modulating activity.**

Studies have indicated that emu oil encourages skin health, especially wound healing, when applied topically. Emu oil’s inflammation-modulating effects are believed to help with skin issues related to acne, dryness, itching, flaking and scaling. Emu oil helps to soothe and heal burns as well, including sunburn. The oil may hold potential as a cosmetic aid; it has been used to assist with wrinkles and promote youthful-looking, well-hydrated skin. Because the oil penetrates so deeply, it is also believed to provide soothing comfort to stiff and achy joints.**

As an oral supplement, the oil has been suggested to help maintain bone mass, optimal digestion and gastrointestinal tract health. Other investigations have found that it has the potential to uphold cardiovascular health because of its high content of heart-healthy EFAs.**

Emu oil products are sourced from the fat of the flightless Australian bird, which is then rendered and deodorized for supplement use. While the oil is most popularly applied topically to the skin, some forms have been refined even further to an edible grade for internal use. Internal emu oil supplements are offered as softgels or capsules. Topical emu oil is offered as a liquid, usually in a spray bottle, or as a skin cream. Look for pure emu oil to ensure the best quality.**

Emu Oil Directions for Use

Talk with your physician prior to starting any supplement regimen. While there is no standard emu oil dosage, supplements are often in the range of 750 to 1,000 mg.**