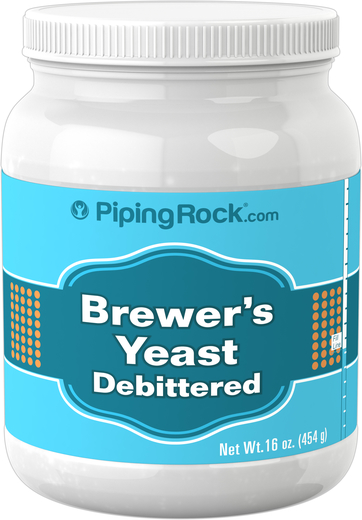 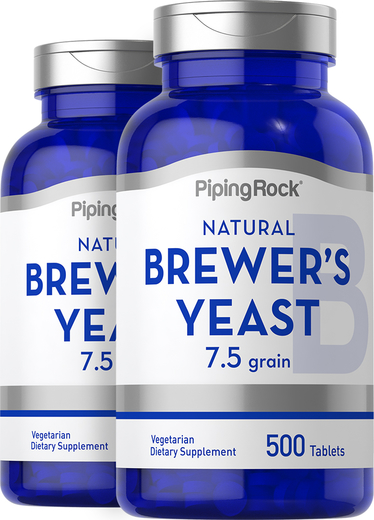 Brewer's Yeast is one of nature’s ideal nutritional foods.** A rich source of amino acids and B-viamins, Brewer's Yeast has antioxidant and immune-supportive properties.** It also helps in:

What is Brewer’s Yeast?

A kind of single-celled fungus known as Saccharomyces cerevisiae, brewer's yeast has a history of usage dating far back in time. Yeast has been essential to brewing alcohol and baking for thousands of years, with the use of the simple organisms apparent in Egyptian archaeological sites and other ancient ruins. Integral to the process of fermentation, brewer's yeast is widely known for its role in the creation of beer, but it has also been valued in recent decades for its health benefits.**

Known as a bitter form of yeast, brewer's yeast is abundant in various nutrients, including a number of B-complex vitamins such as B-2 (riboflavin), B-3 (niacin) and B-9 (folic acid), as well as selenium. It is also particularly rich in another mineral, chromium, which is notable for its ability to assist in maintaining ideal blood glucose and lipid levels and optimal energy metabolism. Chromium also has a strong reputation for assisting in healthy weight management efforts. The numerous B-vitamins of brewer's yeast also aid in the body in the efficient processing of fats, proteins and sugars.**

Research has also indicated that brewer's yeast features antioxidants, which fight harmful free radicals, and promotes skin wellness, particularly providing support with the common condition of acne. Studies reveal that it may additionally have the potential to encourage other aspects of wellness, including healthy nervous system function.**

Brewer's yeast products are commonly offered in a number of forms, including powders, supplement tablets, flakes and liquids. Some kinds are “debittered” for a milder flavor.**

Brewer's Yeast Directions for Use

Before taking brewer's yeast or beginning any regular supplement regimen, it is crucial to consult with your health professional. While no standard brewer's yeast dosage has been established, it is often presented in the range of 500 mg to 2000 mg per serving.**