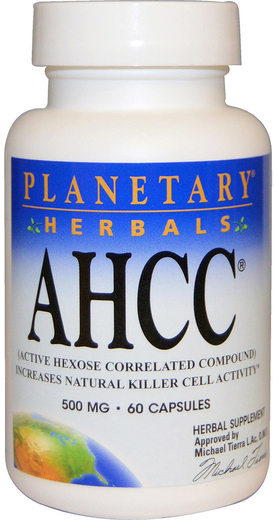 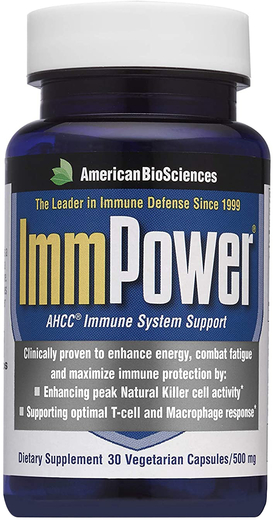 Active Hexose Correlated Compound (AHCC) is an extract derived from the mycelia of various Basidiomycete mushrooms, most notably shiitake (Lentinula edodes). Used in Asian cuisine since ancient times, these mushrooms have been incorporated into Eastern wellness practices for centuries, with their health benefits documented as far back as China's Ming Dynasty. During the early 1990s, Japanese researchers developed AHCC as a supplement for consumers due to its various wellness-promoting properties, especially its strong nutritional support of the liver and immune system.

Consisting of polysaccharides, amino acids, minerals and lipids, AHCC is renowned for its ability to maintain optimal immune response. Studies have shown that this is accomplished in part because the compound appears to encourage the production of macrophages, natural killer (NK) cells and natural killer T (NKT) cells, which are crucial components of the body's immune system. It additionally aids in the creation of cytokines, protein molecules that also assist immune function and help to promote the health of cells.

Scientific investigations have found that AHCC has significant inflammation-modulating activity and works as an effective antioxidant that helps to neutralize harmful oxidative stress. Partially due to these qualities, the compound appears to support liver wellness; some research has suggested it may even improve liver function in those with certain liver issues. In recent years, this mushroom extract has been studied for its potential in encouraging many other aspects of health. It has shown some promise for helping to balance blood sugar levels in normal range.

Talk to your health care professional before taking this compound or beginning any regular supplementation. AHCC dosage is generally between 500 and 1200 mg per serving.

AHCC side effects are rare. Headache, nausea, diarrhea and itching are among possible adverse results. The effects of this mushroom extract on pregnant and breastfeeding women have not been thoroughly investigated, and it is not recommended for these populations.

*These statements have not been evaluated by the Food and Drug Administration. These dietary supplement products are not intended to diagnose, treat, cure or prevent any disease.